IrisVR 0.2.0 and the state of the Oculus runtime for Mac OS

Update: you can learn about our latest version of Prospect here or start a free trial here. 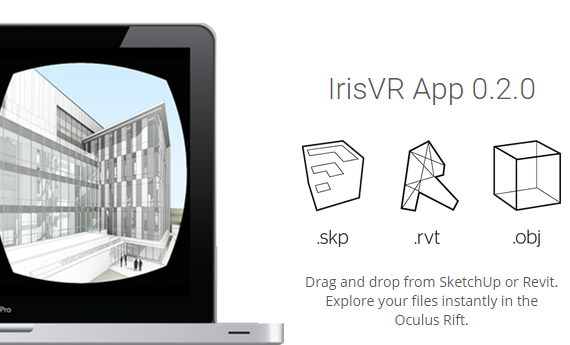 As you may know, IrisVR version 0.2.0 launched this past Friday with full Revit support, enhanced lighting and numerous bug fixes. While this new version brought several significant changes, it also marks a significant milestone for our app: it’s the last version for the foreseeable future that we’ll be able to release on Mac OS X.

Despite our own technology being able to run on any operating system, Oculus has made the choice to stop developing Mac versions of the runtime for their headset. This means that even while our app could still convert your model geometry into a virtual reality walkthrough, you wouldn’t be able to see it, as every bit of the Oculus Rift’s virtual reality technology is directly associated with these runtimes.

This undoubtedly difficult decision was made because Apple hardware, as it currently stands, has not been able to keep up with virtual reality. The first Oculus Rift headset could function well on a MacBook Pro, and the second iteration (DK2) could even run some smaller and more optimized experiences. However, the DK2 had a larger screen size and a higher refresh rate, meaning it cost the computer’s graphics card more of its resources to render each frame. The first version of the consumer Oculus Rift, the CV1, will ship in Q1 2016 with even higher-quality hardware, which means that the same MacBook will struggle much more with running even the simplest virtual reality experience.

So why not just recommend that users upgrade their computers? Well, unfortunately, it’s not as simple as just buying a fancy graphics card and installing it in your Mac or MacBook. Since Apple manufactures every machine that runs OS X, they choose every piece of hardware that Mac supports (unlike Microsoft’s third-party hardware model). They have yet to release a model with a VR-capable graphics card, and they haven’t made any announcements that they will, despite the rapid growth of virtual reality hardware. This is why Oculus has paused their development of the Mac runtime indefinitely.

We’re disappointed that we can’t continue to develop VR for Apple computers at Iris; most of the team uses Macs as their primary development machines, and the very first prototype of the IrisVR software was written on a Mac over a year ago. However, there is a silver lining; it’s unlikely that Apple computers will lack capable graphics cards for much longer (Apple even appears to be looking into VR for themselves) and our core technology at IrisVR will remain cross-platform, so the day that the Oculus Rift runtime is available again for OS X (or any other awesome HMD), IrisVR will be too. We hope all of our Mac users will enjoy this one last big update before we have to pause Mac releases for a while, but rest assured there are many more updates to come after consumer VR hits the market.