Virtual reality is a disruptive technology. It’s impacting industries across the globe, from social media and gaming to construction and healthcare. Since mainstream VR is relatively new, it’s only natural that certain myths about it have taken hold. But virtual reality isn’t going away any time soon, and believing popular misinformation about it can hold you back from experiencing its true potential.

We’ve gathered and debunked 5 of the scariest VR myths for you here. Once you’re done reading, you can hop into VR without worrying about any of these issues getting in your way.

VR myth #1: VR is too expensive

For a long time, the scariest thing about VR was its price. In the 1980s, VR pioneer Jaron Lanier released one of the world’s first VR products, but it cost over $350,000.

Today, VR is becoming more and more affordable for consumers. Facebook’s standalone Oculus Quest headset, which hit the market in May 2019, is a prime example of VR’s growing accessibility. Priced at just $399, the headset doesn’t require users to purchase an expensive gaming computer to explore immersive VR worlds—the entire experience is contained within the headset itself. 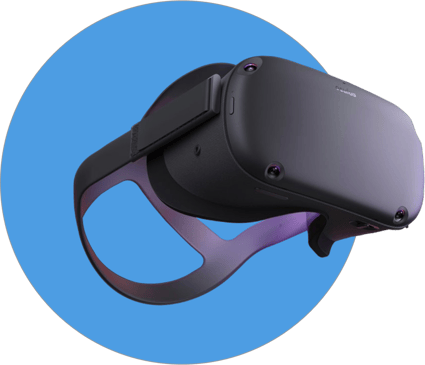 With the release of the Oculus Quest, VR has become more more financially accessible than ever.

Even premium, computer-powered VR experiences are affordable today—Facebook’s most powerful VR headset, the Oculus Rift S, is also priced at just $399. For some reference, iPhone 11 Pro and Pro Max are priced between $999 and $1,449. You could buy 3 top-of-the-line, computer-powered VR headsets for that cost!

When jumping into virtual reality for the first time, many users are terrified they’ll get sick to their stomachs. But VR has come a long way and continues to improve, with new technologies helping users feel VR nauseous less and less.

It’s thought that high latency numbers cause nausea in VR. Latency refers to the amount of time it takes for the movements of your head to be replicated in the virtual environment. With higher latency times, what you perceive in VR and what your body physically experiences aren’t aligned.

But today, the newest headsets on the market—like the Oculus Quest and Rift S—have gotten latency times short enough (20 milliseconds and less) and visual fidelity high enough that this effect is no longer anything to be afraid of. 6DoF (six degrees of freedom) tracking, which is now accessible on standalone headsets like the Quest, is also playing a large part in more accurate immersion. 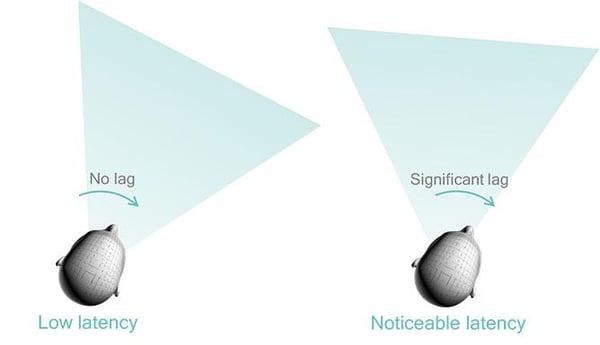 As VR technologies continue to improve, latency times get lower. This means that fewer users will experience any nausea in VR. Image courtesy of Qualcomm.

Comfort in VR depends not only on headsets, but also on the software running on the headset. When developers don’t follow locomotion best practices, a software’s frame rate can drop below 90 frames per second—causing users to feel nauseous. As a VR-first company, IrisVR prioritizes user comfort above everything else, ensuring that nausea isn’t an issue with Prospect.

Some people are afraid they won’t be able to “understand” or “get into” virtual reality if they’re not gamers. And while it’s true that gaming is a popular use case for VR headsets, it’s far from the only application.

Designers, engineers and VDC teams in the building industry are utilizing VR every day to review designs in a true-to-scale setting. In fact, the building industry is far outpacing gamers in terms of how many hours they actually put into VR. As IrisVR co-founder Shane Scranton revealed in this 2018 keynote speech, AEC firms are using VR 10 to 25 times more often than gamers, with VR-equipped firms spending an average of 3 hours a week in VR.

But VR’s enterprise popularity isn’t limited to the building industry. In sales and marketing, VR empowers customers to preview products before purchasing them. And for creatives, VR offers a whole new dimension to play around in. 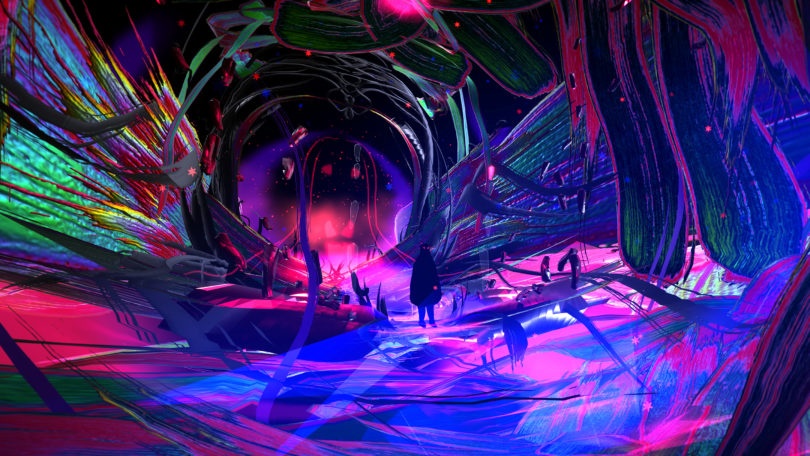 Some people worry that virtual reality is antisocial because only one user at a time can wear an individual headset. But this just isn’t true: from interpersonal networking to VR Meetings, the technology has a variety of social applications.

Building industry professionals host meetings with colleagues and clients in VR, allowing them to meet in virtual reality to review designs and collaborate without ever boarding a plane. This saves time and money by streamlining communication — not to mention cutting out travel. Even in offices that only have one VR headset, colleagues get in on the action by streaming the headset’s view to a monitor.

And social VR usage doesn’t stop at AEC. As VR’s mainstream popularity rises, one of the most exciting emerging fields has been VR for social media. At Oculus Connect 6 in September 2019, Oculus announced the upcoming release of Facebook Horizon, a virtual world that’s in development for Oculus headsets. With Horizon, users can hang out with friends who are located anywhere, play and develop their own multiplayer VR games, and check out content created by other users.

For Facebook, Horizon functions as the first steps toward creating a virtual “social infrastructure” that CEO Mark Zuckerberg believes will be an important part of our future. 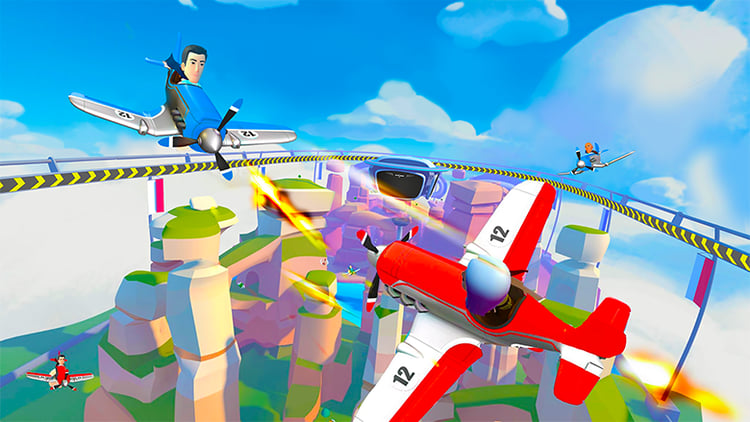 Some consumers will worry that any new or unprecedented product is just a hyped-up trend. But in the case of VR, the technology is here to stay. People have been fascinated with the idea of simulated worlds since the 1800s, and attempting to make them a reality since at least the 1960s. VR isn’t a trend, but a long-term project that humanity remains invested in.

Forbes predicts that “the VR revolution is in its infancy, with huge growth expected in the next few years.”  The statistics back up their claim: the International Data Corporation (IDC) expects over 80 million VR headsets to ship in 2021, compared to around 14 million in 2017. And VR’s infrastructure only continues to expand — according to UploadVR, the number of companies in the field grew a staggering 40% in 2016.

VR is evolving into a key part of contemporary workplaces. As Deloitte points out, “companies are shifting their focus from experimenting with ‘shiny object’ AR and VR devices to building mission-critical applications in the enterprise.” Major players in the tech industry agree that VR is more than a trend. “When people say that we’re building virtual reality because we’re not satisfied with the one we live in,” says Mark Zuckerberg of Facebook, “my answer is, ‘of course we are.’”

Bonus VR myth #1: the Oculus Rift 2 headset has been cancelled

Another VR myth currently making waves is that Oculus VR’s Rift 2 headset has been cancelled. But—like the other 5 VR myths we already debunked—this myth misses the mark.

The rumor that Oculus had canceled their next-generation premium headset appeared when Oculus co-founder Brendan Iribe left Facebook. Some media outlets reported that Iribe’s exit was in response to a “race to the bottom” in which hardware manufacturers were starting to focus on mobile VR solutions in the immediate future rather than immersive, computer-powered ones.

Despite the rumors, Facebook has released the Oculus Rift S, an iterative successor to the original Rift that features inside-out tracking, next-generation optics, and an updated, extra-comfortable form factor. In addition, larger updates to the Rift ecosystem are in the works—at OC6, Facebook Reality Lab chief scientist Michael Abrash revealed the Half Dome 2 and Half Dome 3 headset prototypes, both of which take computer-powered VR to the next level with huge fields of view and varifocal displays.

While the ultimate fate of these prototypes is currently unknown, Abrash’s revealing of them confirmed Facebook’s commitment to continuing to push the boundaries of VR and build next-generation, desktop-powered headsets.

Oculus showed off two new Half Dome headset prototypes at the OC6 event. Image courtesy of Road to VR.

The announcement of the Oculus Link platform at Oculus Connect 6 (which will allow Oculus Quest users to run computer-powered Rift content on the Quest with a simple USB-C cable) has sparked some controversy in the VR community. In fact, this announcement has resulted in the latest VR myth—that Facebook has "killed" the Rift S with Oculus Link. 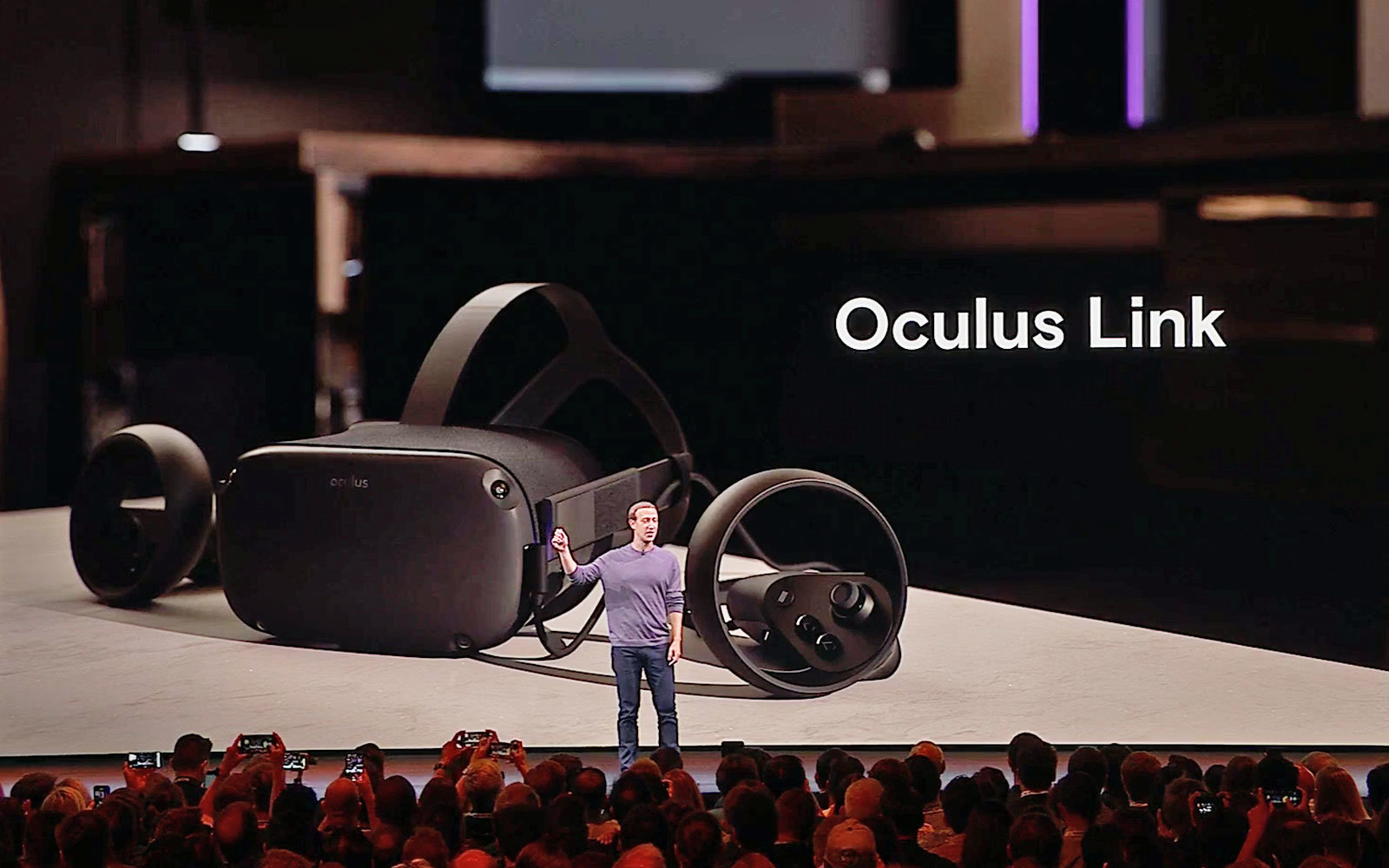 The Oculus Link platform, announced at OC6, will allow the Oculus Quest to run Rift content. Photo courtesy of Engadget.

This rumor stems from the fact that the Link platform will give Quest users both the freedom and accessibility of a standalone VR headset, plus the computer-powered functions of a more traditional one, like the Rift S.

We don't buy into this rumor. For running top-tier, immersive VR experiences, a computer-powered headset like the Rift S is irreplaceable. In addition, the Rift S's comfortable form factor and industry-leading tracking capabilities will continue to make it stand out against other headsets in the market.

Now that you're no longer afraid of getting started with virtual reality, your next step is to get a hardware setup capable of running VR. Take our quiz to find out which VR headset is right for you.